It’s evident enough from our URL that we sell unicycles. That’s our core competency. However, to loyal customers that are familiar with our stock, it is evident also that we sell tools, unicycle gifts, and of course, odd bikes.

Among these odd bikes are penny farthing bikes, clown bikes, and of course, our UDC Minibikes that weigh a mere 13 pounds and change.

Yet these bikes constitute no laughing matter. As we in our sphere of influence say “I am an athlete,” we recognize that those that learn to ride mini bikes and other odd bikes do so not solely to entertain, but for the athletic challenge.

So, with no further ado, here are 5 great reasons that you should fulfill your desire to learn to ride a clown bike if you’ve ever had a passing interest.

First, the diminished dimensions of the minibike make it a challenge to ride, even in its own right and on flat, even surfaces. Add in a grade or obstacles, and you’re going to multiply the challenge by several factors.

It’s harder to ride and control a minibike. Consequently, it takes a lot of strength and stamina to keep it up. This is especially effective if you’re looking into riding a minibike like ours for the purpose of exercise or commuting.

All things considered, you’re at a mechanical disadvantage in riding one of these bikes compared to a full-size bike or even a unicycle.

By the way, the added strength and stamina can only benefit your participation in other cycling disciplines.

2. Improve your senses of balance and coordination

Since our mini bike is so small, it’s easy to tip over (despite the center of gravity being low). As a result, mastering the minibike takes some additional skills than would be required simply to ride a bike like a clown bike or a penny farthing.

Guess what else takes a lot of balance and coordinating: riding a unicycle. It’s not the same as riding a minibike, but if you’re interested in both, this is a good first step.

Also, the smaller wheel diameter means that these little bikes are less steady on slightly uneven surfaces. Learning to handle them and maneuver them over dips and bumps will take extra skill and strength.

3. The low center of gravity is better for tricks - at least to try them

One distinct benefit of the minibike’s design is that it is so close to the ground. While the small size of the bike makes it a pronounced challenge to master, the low center of gravity means it’s actually easier to perform some tricks.

Now, not only does that make it easier to perform certain tricks, but it also makes it less risky. Imagine trying to balance on your rear tire on a minibike and falling off. That would be unpleasant, but you’d probably be fine.

Being close to the ground actually does have its advantages. Plus, you can cut your teeth on the minibike and transfer that experience to full-size cycles. 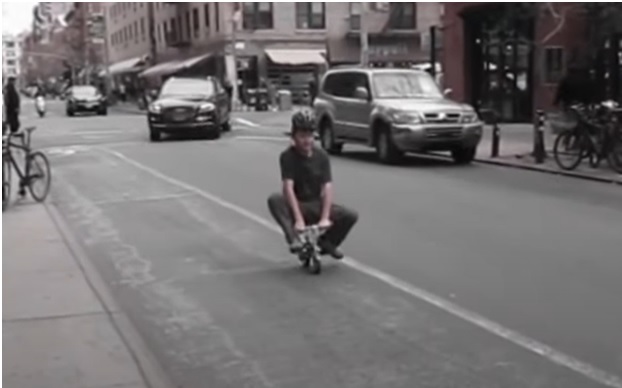 4. Say what you will, it’s entertaining to ride one (or to watch someone riding one)

There’s another reason to learn to ride a minibike that doesn’t necessarily have to do with athletic skills. For the entertainment of it.

Sometimes, trying new things is fun, and riding a minibike can be entertaining for you as well as for your company if that’s the sort of thing that interests you.

As one of our customers remarked after buying one of our minibikes, “I bought the clown bike after a dream one night. Now, I am living the dream.”

We could hardly have said it better.

When asked why he wanted to climb Mt. Everest, George Mallory famously quipped, “Because it’s there.” These three words, which some have hailed as the most famous in mountaineering, are actually three of the most famous in our language.

If there are two historical observations that paint a better, brighter picture of why the human spirit endeavors against impossible odds, these are those two.

Just be glad that learning how to ride a minibike won’t be as hard as summiting Mt. Everest or accomplishing a space flight to the Moon.

Nonetheless, the mini bike remains a challenge to overcome for athletes that are daring enough.

Don’t Settle for Less Than the Best Quality 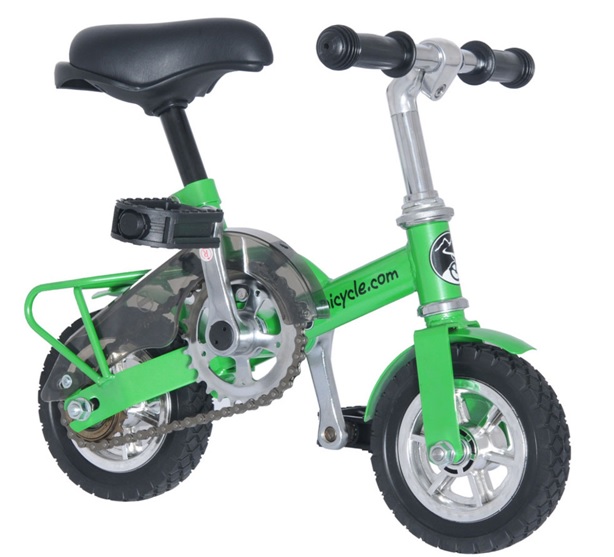 If you’re going to buy a minibike, make sure you don’t settle for less than the best quality the market can offer you.

Fortunately, you’re already in the right place and we’ve done some of the heavy legwork for you.

Our minibike might be small, but as so many of our customers have observed (check the reviews on the product page above), it is solid.

It weighs just under 14 pounds despite its small size and it features a steel frame construction that is extremely durable. It also features solid rubber, non-pneumatic tires which are equally reliable and physically tough.

In other words, it’s a tough little bike, featuring exceptional construction. It’s comfortable, too, with a UDC cruiser saddle with an integrated lift handle (you wouldn't have to ride this thing everywhere).

If you’re going to get a minibike, get the best.

Questions About Our UDC Minibike? Get in Touch with Us

You can’t go wrong with our minibike if you want to learn how to ride one, but if you still have questions get in touch with us at 678-494-4962 and we’ll help you out.