All other features aside, it’s the size of the unicycle’s wheel that determines its fitness for a rider or for a certain athletic discipline. There are, simply speaking, unicycles that are too large for some riders. Within reason, you can adjust your saddle height, but at a certain point, size rules the day.

The thing about unicycle tire size is that it doesn’t just make a unicycle too big (or too small) for a rider. It also affects speed and handling. In this post we’re going to take a close look at 32 inch tires for unicycles - and how they stack up to 29 inch tires and 36 inch tires, respectively. We think 32 inch tires deserve a little more press.

Other than being suitable for smaller riders, like children, smaller tire sizes for unicycles actually affect handling significantly. One of the most important things we need to emphasize is that smaller tires are not as effective at absorbing bumps, shocks and obstacles in the road. All things being equal, a larger tire size will ride more smoothly over rough ground, and consequently, smaller unicycles (like 12 and 16 inch models) are only suitable on smooth, paved surfaces.

But larger is not always better. Larger tires, like 36 inch models, have greater rotational momentum. This means it is harder to start and stop them, but it takes relatively less energy to maintain a speed once the momentum has been established.

This means that smaller tires tend to be more agile and more maneuverable than larger tires. It’s also one of the reasons that 20 inch cycles are well regarded for the ability to start, stop and make relatively tight turns and maneuvers efficiently.

Smaller tires are also incapable of reaching the same top speeds as a larger tire, since with each rotation of the wheel, a tire with a larger diameter covers more ground. When it comes to speed and efficiency, the larger tire is better - this is why many commuting one-wheelers have larger tires, like 32 and 36 inch models.

As a general rule, if your purpose is to achieve higher speeds more efficiently, you’re going to seek out a unicycle with a larger wheel. If your purpose entails agility and maneuverability, all things considered, you’ll look for a smaller unicycle.

These things don’t seem to be compatible as they are inverse functions of wheel size. But they are also not entirely mutually exclusive. In a way, unicycles with 32 inch tires can give you the best of both worlds.

Unicycles with 29 inch tires are generally most useful for two disciplines, commuting and mountain unicycling, or Muni. This is because they retain some of the maneuverability of smaller tire sizes (like the newer 27.5 inch unicycles and the smaller 26 inch unicycles) adding just a bit of extra size for speed. 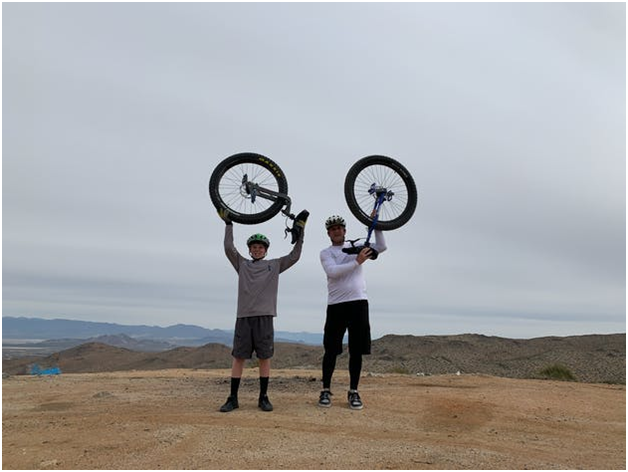 For mountain biking, we suggest them for fire roads and single track, but because of the larger tire size, they’re also suitable for commuting, since they’re relatively fast and generate higher rotational momentum than smaller models. The larger tire is also able to handle rougher terrain with more ease, compared alongside smaller unicycles.

Now let’s consider some of the tradeoffs by looking at the biggest of the bunch.

The largest unicycles we sell here have 36 inch tires - and if bigger is faster and smoother, then 36 must be the best size for touring and commuting, right?

Well, yes, but there’s more than one way to qualify “best.”

It is true that, all else being equal, one rider will be able to attain a higher top speed with a 36 inch unicycle than with a unicycle that has smaller tires. It is also true that 36 inch unicycles, with their large tires, are suitable for slightly rougher surfaces because their tires are large enough to roll over bumps and small obstacles.

However, inexperienced riders might find the larger, heavier wheels of these unicycles harder to control. They might also find that these larger unicycles are not as easy to maneuver for the same reason. 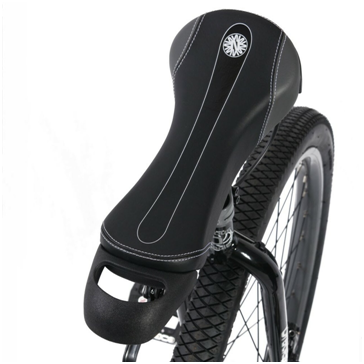 So while the 36 inch wheel does reign supreme for speed, there are some tradeoffs.

Here’s what we love about unicycles with 32 inch tires. They offer most of the speed of 36 inch models, and most of the agility of 29 inch models, making an excellent balance between the two.

With their relatively large tires, they offer a smooth ride and are suitable for commuting and paved paths. That large wheel also offers pretty decent top speeds, especially for experienced riders who are adept at handling unicycles.

Here’s what it really comes down to. In some ways, for riders overly concerned with speed, 36 inch tires have eclipsed 32 inch tires since they are technically faster. At the same time, people looking for a more agile unicycle would probably skip right over models with 32 inch tires , seeking a model with smaller tires and better handling, like a 29 or even a 27.5 inch model.

But here’s what’s really great about unicycles with 32 inch tires. They are very agile and handle very similarly to unicycles with 29 inch tires, despite being a little bit bigger. Yet, they’re capable of attaining top speeds of 2 to 3 miles per hour, depending on the rider.

Consider a Unicycle with 32 Inch Tires!

If you’re looking for a fast unicycle that handles surprisingly well, don’t let 27.5, 29, or 36 inch models get in the way of a serious consideration of a 32 inch model. We have a few of them on our site, and you might find that you love the balance of handling and speed.