Select sizes to get started: 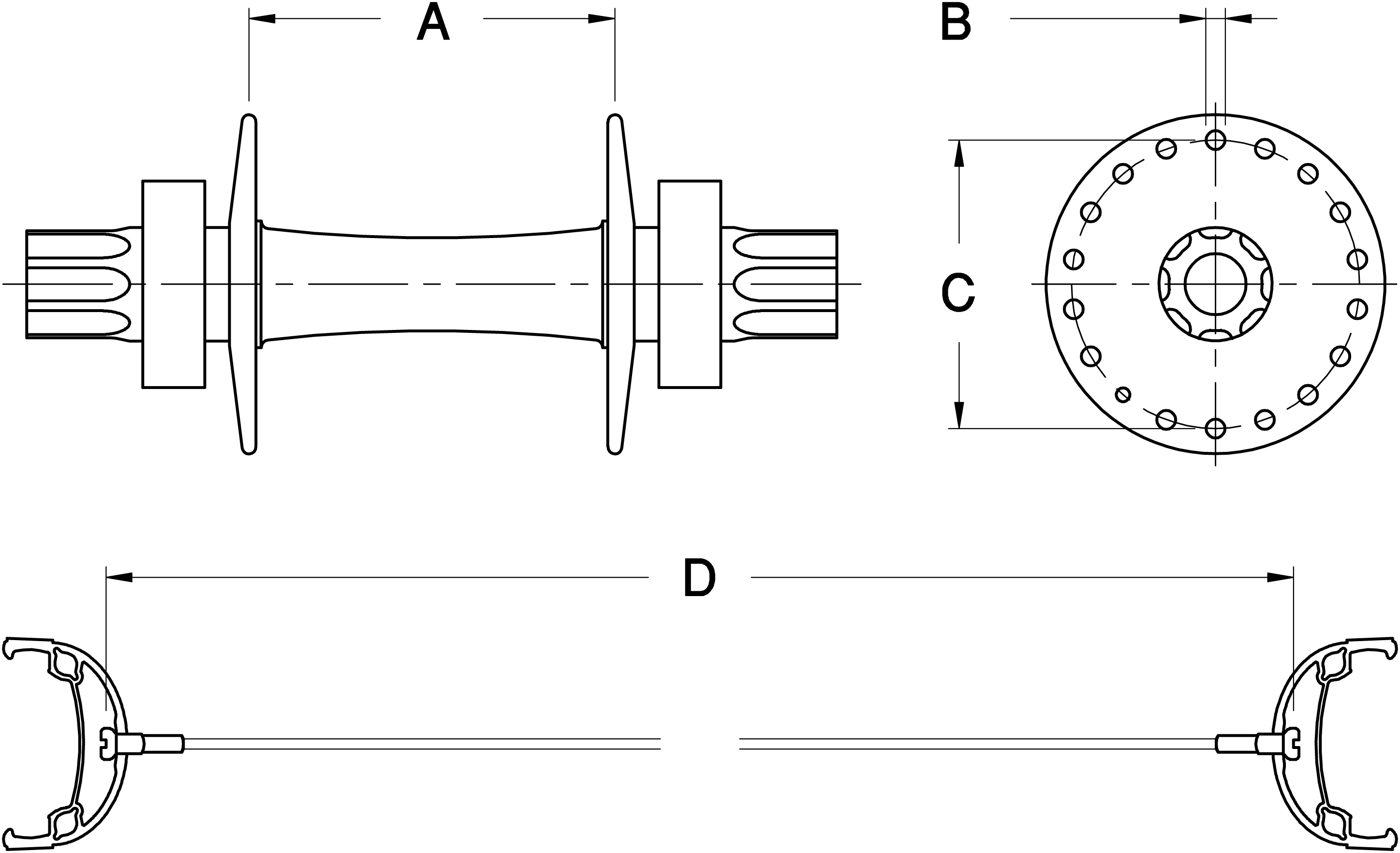 Flange Diameter: The size of imaginary circle passing through all spoke holes on a hub flange. This is best done using Vernier Callipers, but can be done using a ruler.

Spoke Hole Diameter: The diameter of the hole in the hub flange. This is typically between 2.6 and 2.8mm. This is best measured using Vernier Calipers.

ERD: Effective Rim Dimension. Is the distance from the top of the spoke when fitted fully in to a nipple and installed in the rim to the top of the opposite spoke also fitted in to the rim. Rim manufactures will supply this information for you but if they don’t then you can measure it yourself.

Insert two spokes into holes exactly opposite each other on the rim and screw nipples onto the spokes. You will find that the nipples naturally stop at the bottom of the slot (note: some people suggest that you should screw the spokes to the end of the nipple, but this is beyond the end of the clean threaded area of the spoke and as this is going to be the point where you stop the spoke when tightening the wheel, we recommend the bottom of the slot is better).

Pull them tight and measure dimension P in the figure (the diameter to the edge of the nipples, where the spokes disappear into them). Do this at several spots around the rim and average the measurements.

Measure the length of a nipple (dimension N in the figure) and add it twice (once for each nipple). The result is Effective Rim Diameter (ERD). Thus,

Effective Rim Diameter (ERD) is the dimension you type into the calculator for the Rim Diameter. Of all the dimensions you actually might measure, ERD is one of the most critical dimension affecting spoke length, so it makes sense to measure it a few times at different places around the rim. Always count to make sure you use spoke holes that are actually opposite each other!

Spoke: A spoke is measured from the end of the thread to the inside of the elbow.

We have an article written on how to build a unicycle wheel in the UK Unicycle.com FAQ.